17.06.2015
Europe will only benefit fully from the Digital Single Market if it has a digitally skilled workforce and digitally empowered citizens. The Digital Assembly 2015 is one of the year's main events in the digital field in Europe, it brings together stakeholders that can play a key role in helping to develop a digital skills action plan for Europe.

At the Workshop Digital Skills for the Digital Single Market today in Riga, Code was on the agenda as one the most valuable skills to have in the digital era. "Of course, coding is not easy, but it's not a rocket science" , underlined Ieva Jaunzeme,  State Secretary of the Latvian Ministry of Welfare. Jauzeme highlighted the importance of events such as EU Code Week which will take place on 10-18 October 2015. Millions of children, young adults, adults, parents, teachers, entrepreneurs and policymakers will again come together in events and classrooms across Europe to learn to create with code.

Four new National Coalitions for Digital Skills and Jobs in Belgium, Cyprus, the Netherlands, and the UK were announced today at the Workshop Digital Skills for the Digital Single Market of the European DigitalAssembly in Riga. National partnerships aim to overcome EU's digital skills gap and allow European citizens to benefit from the professional opportunities offered by new technologies and the Digital Single Market. 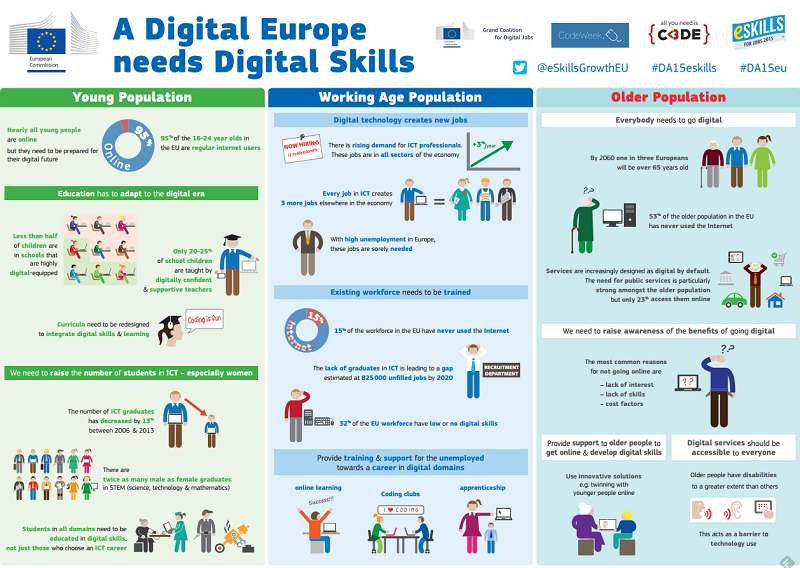 You can find more information on the new national coalitions and pledges to the EU Grand Coalition in this announcement.