All You Need is Code gets Europeans coding

14.10.2015
Fifteen countries across Europe have already integrated coding at primary or secondary school level, according to a new report just launched by European Schoolnet, the coordinator of the European Coding Initiative. An industry-driven coalition, established under the auspices of DG Connect in October 2014, the Initiative promotes teaching and learning programming at all levels of education and informal settings.

Through the all you need is {C<3DE} website, the European Coding Initiative has supported thousands of teachers across Europe in their effort of integrating teaching programming and coding with a collection of open online courses, teaching materials, tools and lessons plans.

One year after the launch, the funding members of the initiative - Facebook, Liberty Global, Microsoft, SAP, and Samsung, coordinated by European Schoolnet - are intensifying their effort and commitment to help enabling our youth to drive today's fast-paced digital revolution and secure the prosperity of our European digital economy. In the year to come, the European Coding Initiative will scale up its action for spreading teaching and learning how to code in formal and non-formal education, working more closely with policy makers across Europe.

European Schoolnet just published an updated overview of the integration of coding in school curricula across Europe. The findings are based on a survey with 21 Ministries of Education (from 20 European countries and Israel), which gave an overview of their current and planned policies.

Since the first report was published in 2014, new countries have joined the trend. Sixteen countries (Austria, Bulgaria, the Czech Republic, Denmark, Estonia, France, Hungary, Ireland, Israel, Lithuania, Malta, Spain, Poland, Portugal, Slovakia and the UK) have already integrated coding in the curricula and two plan to do it in the future (Belgium Flanders and Finland).

Increasingly, coding or computing is not only integrated as a separate subject or as part of a general ICT course, but also in other subjects, mostly Mathematics. And more countries than in 2014 integrate or will integrate coding at primary level.

"European Schoolnet expects coding to remain high on the education agenda beyond the short term. Education authorities now need to tackle pedagogical questions such as how to effectively design the learning process and assess coding skills", say Anja Balanskat and Katja Engelhardt, from European Schoolnet.

European policy makers, industry and civil society gathered in the high level All You Need is Code Event yesterday in contribution of the Europe Code Week 2015. The participants pledged their support to bring coding and programming to all demographics, both in formal and informal learning environments and also experienced first-hand some of the most innovative and engaging ways to teach and learn how to code.

MEP Michal Boni, one of the speakers at the event, ended his speech by encouraging everyone to start learning code, while Gerard de Graaf, from DG Connect, announced that "the European Commission is planning a Skills Strategy with coding at its heart". 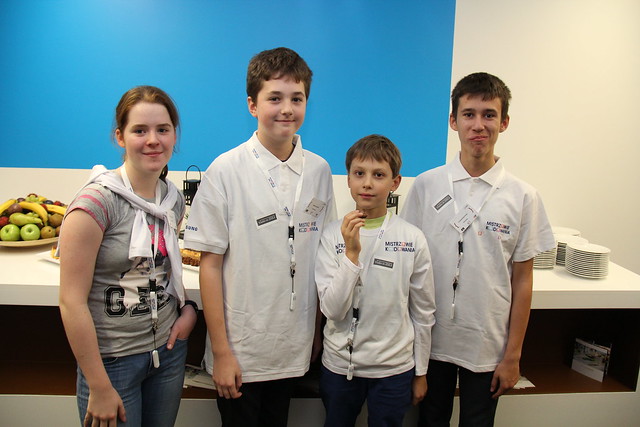 The Coding Initiative is powered by: